There’s something new and exciting on the Web!

Bibliovideo is a new Youtube channel created by the CCBC (Canadian Children’s Book Centre). There you you find hundreds of short videos about and made by Canadian children’s book authors and illustrators. Readings, illustration demonstrations, interviews, book recommendations… the list goes on and keeps growing as new videos are added every month!

This year, there’s been a big push to add French content to the channel like the video bellow where authors Simon Boulerice, Marie-Louise Gay, Linda Amyot and myself present one of our recently published books.

Go check it out and subscribe! It’s a Kid Lit lover’s delight! 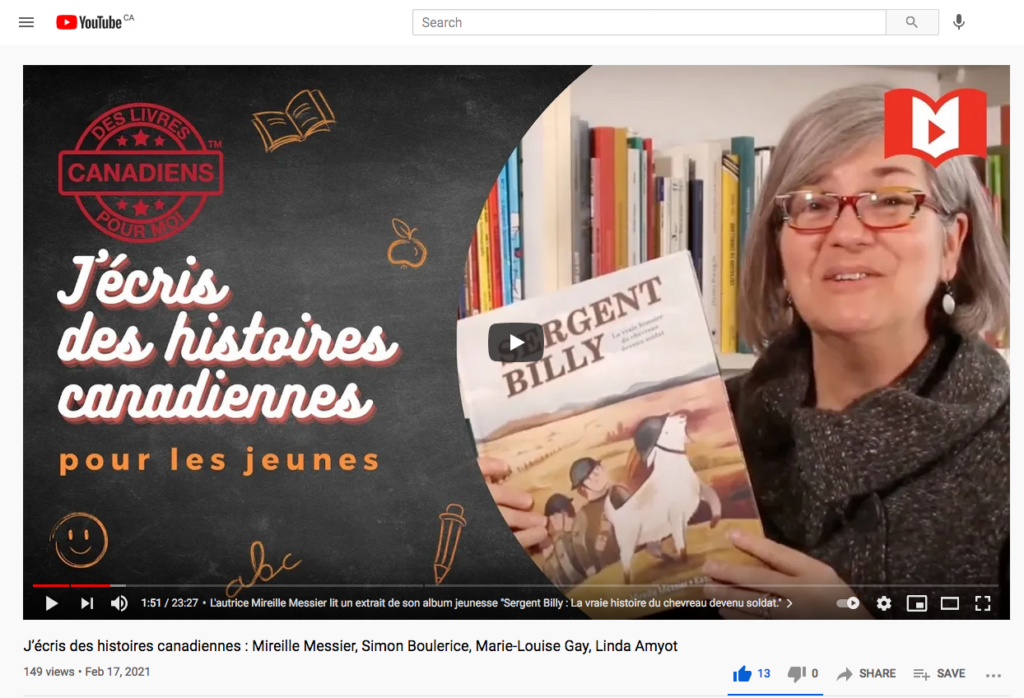 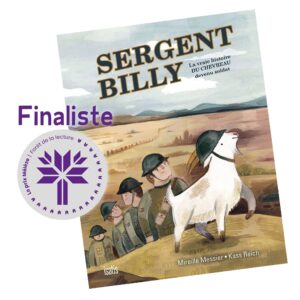 I am thrilled and honoured because not only is this an award for young readers in my home province (yeah Ontario!) I am also a finalist amongst a great number of authors and illustrators that I respect and admire!

To see a video of all the Prix Mélèze nominees, click here!

The winning title will be announced in May 2021. This gives you tons of time to enter your class. Just sayin’ 😉

Are you a teacher looking for themed activity sheets for your students?
Are you at home with your kids doing remote learning?

Yes? Perfect! I have a lot of FREE, downloadeable activity sheets, in French and in English for you! 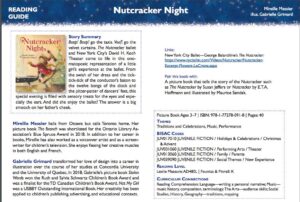 The most recent is a brand new teacher’s guide to my picture book Nutcracker Night from the great team at Pajama Press! It focuses on the story of the Nutcracker but it also teaches how to use onomatopoeia (sound words) in a fun way to create and enrich your own stories. 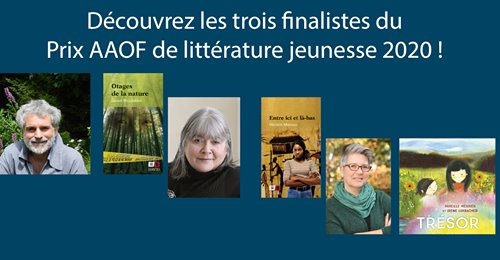 Good news! Trésor, the French version of my picture book Treasure, is a finalist for the Prix AAOF de littérature jeunesse! What a great honour to be regnonized by my peers – the AAOF is the association of Franco-Ontarian authors – in this way. It is also the first time that a picture book is in the running for the prize. A rarity if there ever was one!
The winning book will be announced LIVE during the Ottawa Book Awards virtual ceremony on October 21st. This means that anyone anywhere can join to party, starting at 6pm. I hope you can make it.
Fingers crossed!

The german version of my picture “Tellement sauvage” is now available! Hurra!
Here is the trailer, produced by the german publisher Mixtvision. Isn’t it sweet? 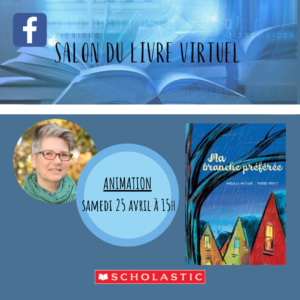 The current pandemic means staying home to flatten the curve. It also means no book fairs. But authors are passionate people – passionate about books and about sharing our craft. That’s why a group of authors has put together the Salon du livre virtuel (Virtual Book Fair).

About 50 French authors of all genres and illustrators will be presenting their works live, April 23-26 2020. I will be reading my picture book “Ma branche préférée” (French version of The Branch) on Saturday at 3pm.

Swing by with your little ones for a fun, free French activity! All you have to do is go to the Salon du livre virtuel’s Facebook page for the line up and to attend the live readings.

I have a confession to make… I’ve often been a finalist for literary awards but I have never won. And that is fine. Being nominated truly IS an honour.

BUT… I am thrilled to announce that Sergeant Billy: The True Story of the goat who went to war has won (yes, WON!) the 2020 Christopher Award for best children’s book!

First presented in 1949, the Christopher Awards were established by Christopher founder Father James Keller to salute media that “affirm the highest values of the human spirit.” Their goal is to encourage men, women and children to pursue excellence in creative arenas that have the potential to influence a mass audience positively.

In these especially trying time, I am so honoured that Sergeant Billy’s story is being recognized for shining a light in young reader’s hearts.

Because of the pandemic, I was not be able to attend the awards ceremony that usually takes place in NYC in May. Nonetheless, I will cherish this recognition and am happy to abide by the Christopher Award motto: “It is better to light one candle than to curse the darkness”. #blessed 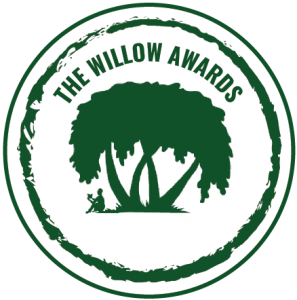 Good news! My historical picture book, Sergeant Billy: The true story of the goat who went to war is a finalist for the 2020 Saskatchewan Young Readers’ Shining Willow Awards.

The Shining Willows are for readers from JK to Grade 3. The young participants will be the ones to read the 10 selected books and then vote for their favourite. What an honour it would be to be picked by the very readers I write for! I have my fingers crossed.

Of course, the announcement of the winners won’t be for a very long time – not until May 2021. But it prospect of having hundreds of children discovering Billy and his fabulous true story (a story that starts and ends in Saskatchewan, no less) is very exciting!

To see the selected books in the Shining Willow category and for more information about the Willow Awards, click here! 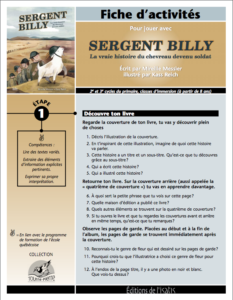 Thinking of using the French version of my picture book Sergeant Billy in your classroom? Need ideas for fun activities linked to this story? If yes, you can download the FREE, French activity sheet by clinking this link: Fiche d’activités Sergent Billy 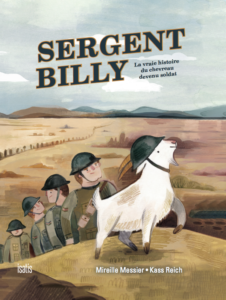 Youpi! Youpi! Today is my book birthday. Well, kind of… but not really…

Today is the day that my historical picture book Sergeant Billy: The True Story of the Goat Who Went to War comes out in FRENCH! Isn’t he “trop mignon”? 🙂

Sergent Billy : La vraie histoire du chevreau devenu soldat, is published by Éditions de l’Isatis whom I have had the pleasure of working with in the past with my picture books “Une bestiole à l’école” and “À qui le coco?”. It’s good to be back with such a great team!

So, from this day forward, I can come to your school or event and introduce kids to Billy, in either French or English or (why not!) BOTH!

Also, there is now a teacher’s activity sheet available in French that is available to dowload here: Fiche d’activités Sergent Billy